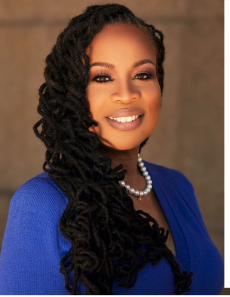 “In searching for THEI’s next Executive Director, we were looking for an accomplished leader with a demonstrated commitment to disrupting systems of harm and a strong belief in the power of education to transform lives and communities,” said Dr. Lila McDowell, Chair of the THEI Board of Directors. “We are thrilled to have found such a leader—especially one with deep roots in Tennessee. Working with the rest of our talented team, Laura is poised to lead THEI into the next phase of fulfilling our mission.”

Committed to finding and remaining focused on her “True North,” Laura has consistently led organizations that align with her personal mission and philosophy patterned after one of her “sheroes,” Harriet Tubman: when you become free, you have an obligation to free others. As a first-generation college graduate, she understands the transformative and liberative power that education holds not only for individuals embarking upon the knowledge journey, but also for those to whom the individual is connected.

Laura comes to THEI from the position of Senior Director of Strategy and Impact at The Family Center, a Nashville-based non-profit committed to breaking multi-generational cycles of childhood trauma by educating families and systems about the impact of adverse childhood experiences and adverse community environments. She has also served in leadership roles at the University of Texas at Austin, National Center on Time and Learning, and Metro Nashville Public Schools.

A Nashville native, Laura is a proud graduate of Fisk University, where she earned a BA in English and African American Literature. She also holds a Master’s in English and Ed.D. in Educational Administration from Baylor University. Laura serves as President of the Parthenon (TN) Chapter of The Links, Incorporated, and is a member of Alpha Kappa Alpha Sorority, Incorporated. She is married to Bernard Henry Mimms; mother of Brent, Alexander, and Katherine; and bonus mom to Ashley and Brittany.

< BACK TO ALL NEWS + EVENTS
RECENT News + Events
THEI is Participating in the Big Payback
THEI Releases the "Moving Forward Guide" a comprehensive resource for individuals preparing for and transitioning beyond re-entry.