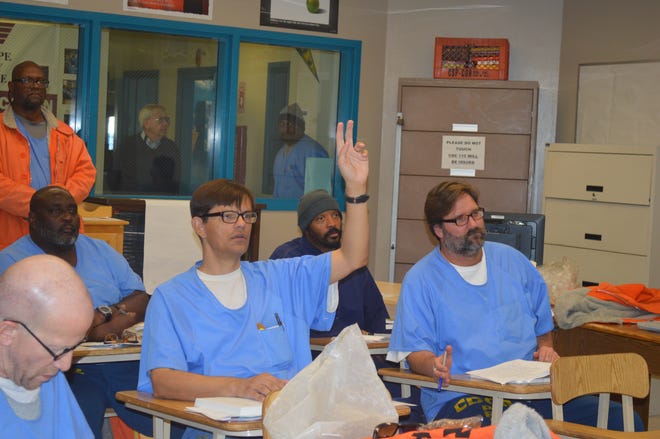 As the executive director of the Tennessee Higher Education Initiative, I am responsible for funding and coordinating degree-granting college programs to incarcerated individuals across our state’s prisons.

As I reflect on this tumultuous last year, it is with great appreciation that I thank former U.S. Sen. Lamar Alexander for his leadership in lifting the longstanding ban on federal Pell Grants for incarcerated students in our nation’s prisons. This landmark victory reverses a harmful policy enacted in 1994 that prevented many people in prison from furthering their education by cutting them off from key need-based assistance. Lifting the ban makes the transformative power of education accessible to all of Tennessee’s incarcerated population.

This advancement was secured in late December through the passage of the omnibus spending bill, which Alexander helped lead as chair of the Senate  committee overseeing education. His enduring support for reinstating Pell Grants is rooted in his belief that access to higher education should be available to everyone, which has been a guiding principle to move this policy change forward. Beyond this moral perspective, providing access to Pell Grants to people in prison will save crucial taxpayer dollars, cultivate safer communities in and out of prison and put an end to the cycle of mass incarceration.

Like myself, Alexander understood that reinstating Pell Grants for people in prison would protect the safety and dignity of everyone. It is estimated that 95% of people in prison will eventually be released. Studies have demonstrated that recidivism, or prison reentry, rates for people who participate in prison education programs are more than 40% lower than those who did not. In other words, increasing access to higher education in prison will drastically improve the safety of our prisons and surrounding communities.

Investing in one’s education also has exponential benefits. At THEI, 70% of our incarcerated students are parents, and they frequently report that being enrolled in college has helped them provide an encouraging path for their children’s education success. Students who work through our program often say that being in college while incarcerated helps them to become better spouses, family members and friends.

Our students also report that they have improved their skills around critical thinking, writing, compassion, patience and leadership. At the end of last semester, one student reflected, “I have learned to not be afraid to tackle a challenging project. I have developed more confidence in my problem-solving abilities. I feel more intelligent and motivated to make smart decisions.”

Another wrote, “I’ve learned that even as a convicted felon, I still have many opportunities available to me. I am only limited by myself, and my will to succeed.”

It’s cheaper to educate prisoners
Pell reinstatement will also save taxpayer dollars, which leaders can spend on other critical public resources. One report found that if fewer Tennessee residents go back to prison, our state’s taxpayers could stand to save more than $5.9 million annually. To put it simply - it costs far less to educate someone than incarcerate them, especially as our budgets are being hit by the pandemic-laden economy.

Congressional leaders have made it clear that access to education should be equitable and available for all. I applaud Alexander for his leadership in advocating for the dignity, prosperity and equality of all Tennesseans. Restoring access to Pell Grants for people in prison will transform lives, save taxpayer dollars and make our communities safer. I look forward to continuing Alexander’s legacy by helping incarcerated people in our great state continue to access a second chance.

Molly Lasagna is the executive director at the Tennessee Higher Education Initiative.